Should I hand over my baby to the President or not? This is a question that I actually once asked myself. Some questions are easy to answer, ala final Jeopardy questions concerning Netflix’s Derry Girls. In retrospect, my “Should I hand my baby over to the president?” question evolved to something more akin to Tolstoy’s Three Questions.

In Tolstoy’s parable, a king believed that if he had the answers to three specific questions, he would be successful in all that he did.

He journeys to find the wisest to answer his questions, and in his quest he aides a hermit who is revealed to be the unlikely vessel of this knowledge. I imagine the king’s surprise to finding out that the hermit would be his mentor was much like Luke Skywalker meeting Yoda for the first time. Why does he speak backwards or why is he green?

The king’s three questions were these:

The hermit lays out his truths and the king leaves better for the wisdom he was given. But the query, “Should I hand my baby over to the president?” was not one for a hermit, or a Jedi.

When Henry was one, Jimmy Carter was 89. When Jimmy, as I’ll call him for now on, wasn’t leading efforts to eradicate endemics like Guinea worm disease, or building homes with Habitat for Humanity, he could be seen teaching Sunday school at Marantha Baptist Church in his hometown of Plains. And by simply signing up on the church’s website, anyone could reserve their seat to hear him speak.

On a Sunday in June, we headed out for our semi-local pilgrimage. In tow were Regina, Henry, my mom, and our family friend, Linda. 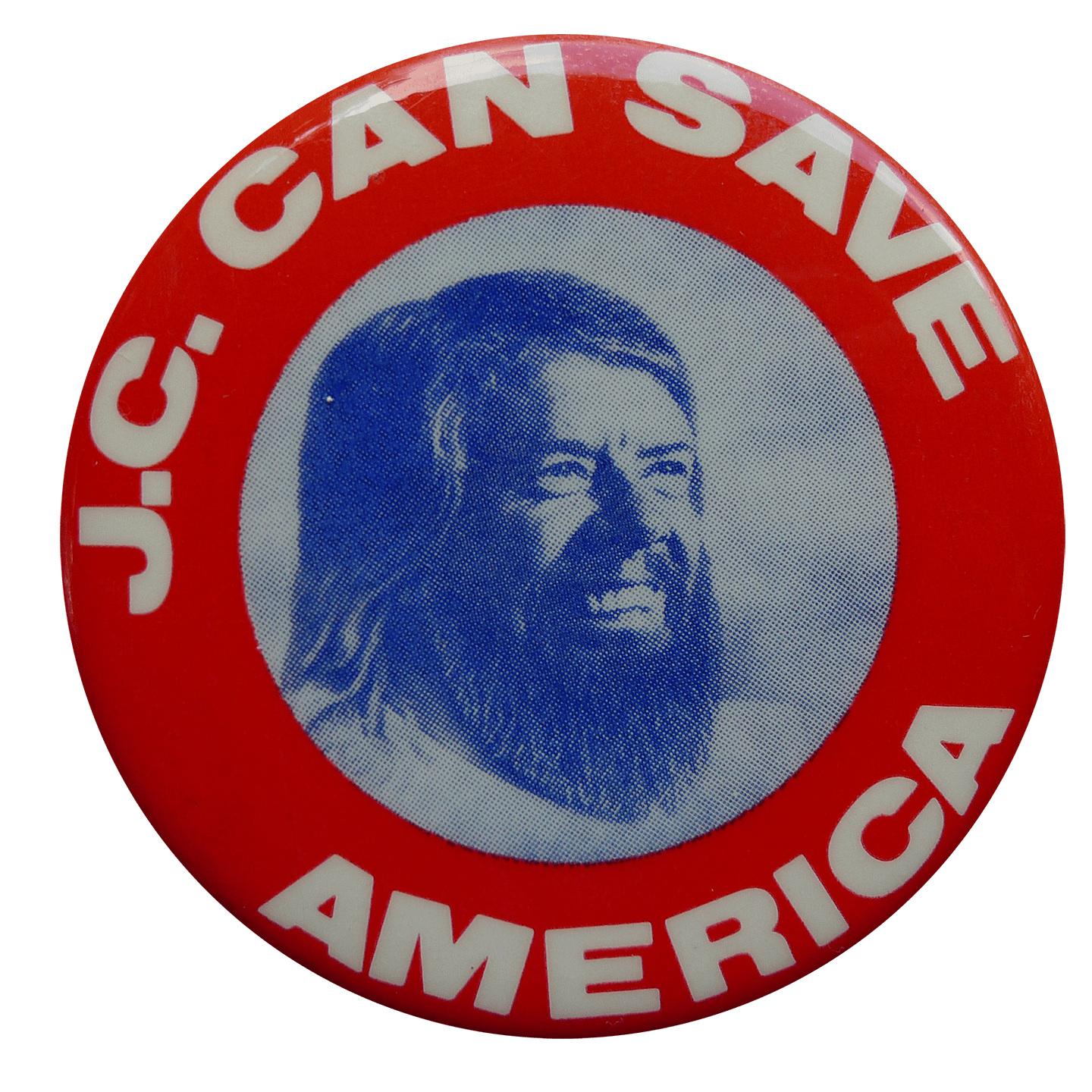 We were all very excited to meet this compassionate luminary. He was from our state. We had read his books. He had the most robust philanthropic post presidency in U.S. history, BUT if I’m being completely honest, I was more excited to meet the president because of a game. I had always loved the idea that all people in the world are connected to each other on an average of six, or fewer, social connections. It made a whole wide world a small world after all. I admit, it may not have been the right motivation for someone seeking to hear a sage, but it would be thrilling to say that Henry and I would now both be only a few degrees from almost every modern leader, celebrity, artist and athlete in the entire world.

After a thorough pat down by the Secret Service, we found our seats on pew near the middle of the small sanctuary. The church’s young preacher walked out and gave the attendees a few house rules for decorum sake and then Jimmy entered through the front and began his lesson, part spiritual observation, part history class.

After the sermon, everyone who was visiting was given the choice to have their photo taken with Jimmy and his wife Rosalynn. The rules were very clear, we were not to shake hands, hog their time, or reenter the line if we left.

My metaphysical connection to the world based on Six Degrees of Separation was coming upon us, and as we slowly moved up the line, Henry took it upon himself to soil the last diaper that we had on us. I quickly sized up our distance to the front to see if I had time to run back to the car to change him and then I remembered the rules about leaving the line and the seriousness of these rules being enforced considering the presence of the Secret Service.

Next! An usher called.

We walked up to Carters, said hello and then it happened. Jimmy reached out for Henry to hold him for the photo. I paused for a moment, unsure of what to do. Should I hand over a very saggy Henry to the former President of the United States? The Secret Service had checked for explosives, but not this kind. I was afraid there would be leak, but what is a dad to do when a former president offers to hold your son for a photo, making the connection of Six Degrees that more solid. I gently passed Henry to Jimmy, no leaks.

And yes, I guess you could say that I was successful in introducing my young one to a President for the sake of a connected experience-one that he will obviously be incapable of remembering save this story, and a photo for evidence.

And as I looked to my left and to my right, seconds before the photo was taken, to see the people that I was with and the familiar peanut farmer holding my son, my intentions of forcing a superficial socially connected bridge had crumbled away to live in this very surreal, but enjoyable moment.

Tolstoy might be pleased to hear that his example of mindfulness and the answers to his parable’s questions were unintentionally being acted out that day, even hours before meeting the President.

I’m not religious, although I do believe in the virtues of communion, kindness and attentiveness. Yoda said, “Spiritual beings are we, not this crude matter,” and I’m fairly sure Tolstoy and my new friend Jimmy would agree.