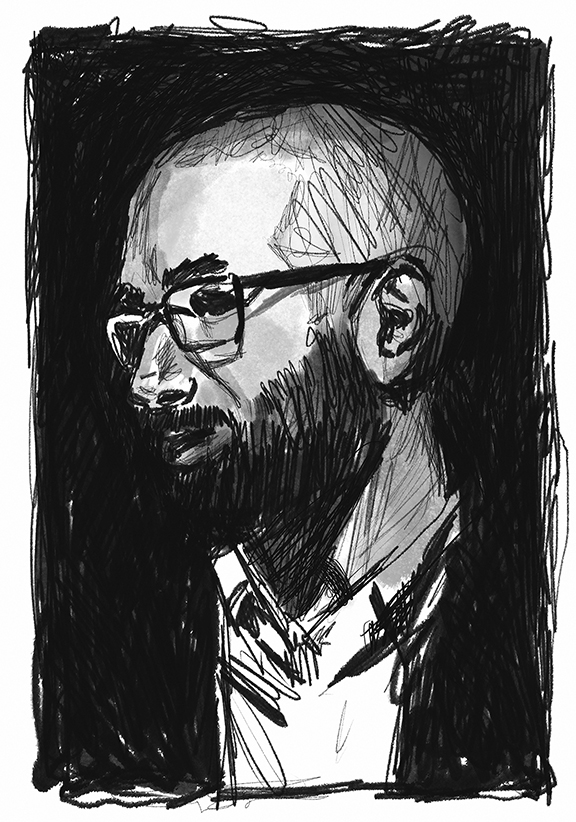 Here's my third person bio. Sounds professional this way... Graphic designer and illustrator Sam Mitchell (he/his/him) is now located in Huntsville, Alabama. Sam received his BFA in Design from the University of Georgia to formalize his interest in commercial art and has been working in the field of Graphic Design ever since.

He has always drawn, but his main interest focuses on quick, brush pen and ink portraits. His subjects include fictional characters of cultural significance as well as real world characters including musicians, artists and influential leaders.

When he’s not binging Netflix, listening to Hall & Oates or obsessing over his toy collection, he also likes to tell stories. Sam is host and co-founder of Tin Can Stories and a proud member of Out Loud HSV. He has been featured at Write Club ATL, Tenx9 Nashville, the Princess Theater: Center for Performing Arts  and on Sundial Writers Corner.